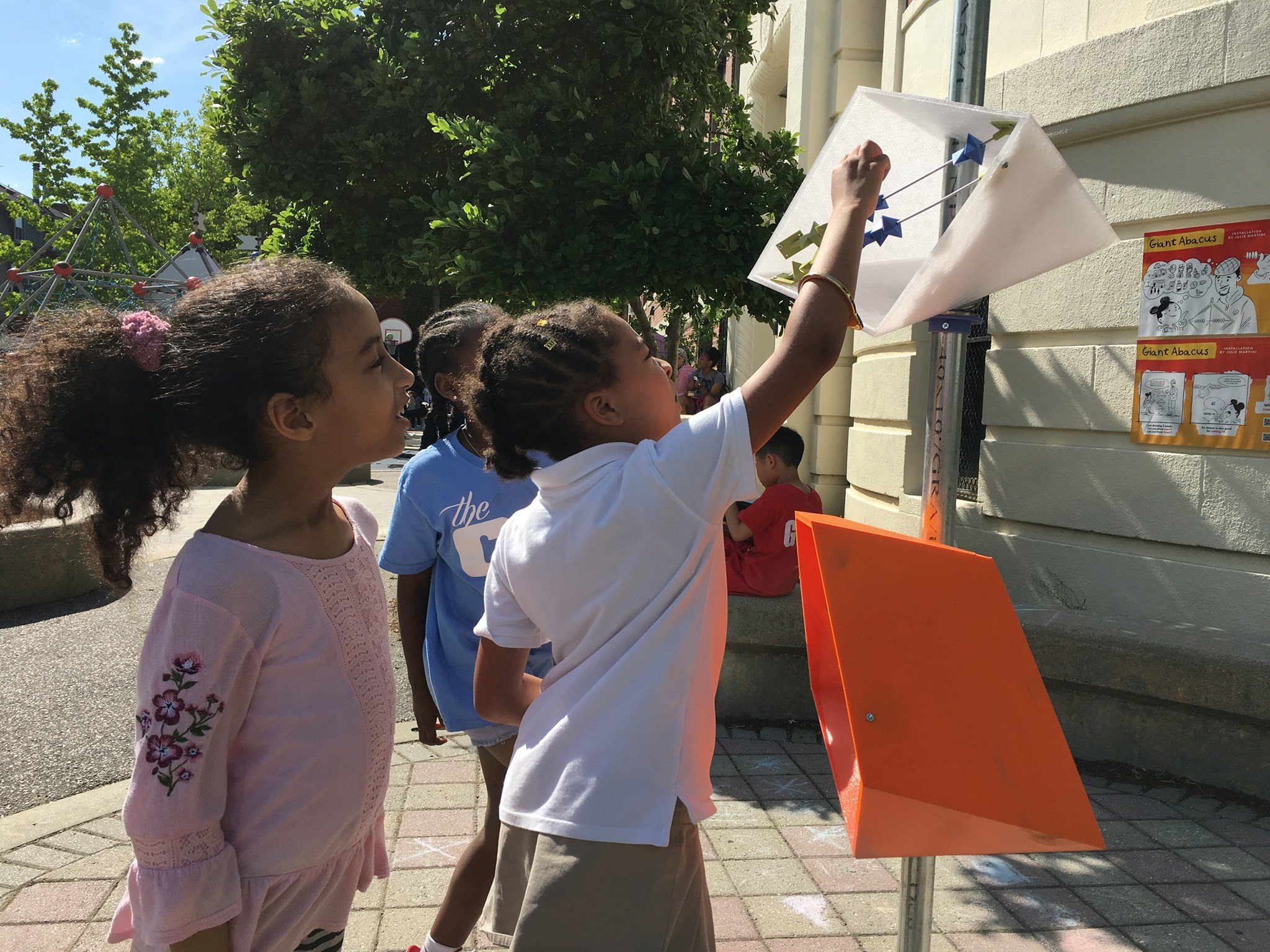 Some artists have needed to use mathematical thinking to carry out their artistic vision, including Leonardo Da Vinci (1452–1519), M.C. Escher (1898–1972) and Buckminster Fuller (1895–1983). Some mathematicians have become artists, often while pursuing their mathematics. Modern artists continue to look to math for inspiration and in new ways, including in public art, which is art that is created in response to the place and community in which it resides.

The ‘Giant Abacus’ sculpture installed at Fletcher Maynard Academy in Cambridge, MA takes its inspiration from the beads on an ancient counting frame or abacus and platonic solids (see above) such as a cube or octahedron. These objects were designed to represent explicitly and concretely mathematical ideas that are abstract. Children can learn abstract concepts by employing a sequence of modes, which provide increasingly economical and powerful representations of ideas.

By interacting with the Giant Abacus, students learn concepts such as counting, comparison, measurement, shapes and shape features, operations and sequences. Physical activity is the root of conceptual representation and learning, and it can foster learning as participation by engaging children who are developing their own identities, within ‘math-talk’ communities of learners (see Hufferd-Ackles et al. 2004) where learning is collaborative, interactive, or participatory.

The ‘Giant Abacus’ is one of several public art installations by artists working with MathTalk PBC, a community-focused education technology Public Benefit Corporation based in Cambridge, MA. Using playful installations, technology and books, MathTalk PBC promotes early math and language development among children. It uses the latest scientific research on cognitive development and is rooted in the cultures of local communities.

I have been working as a resident artist with MathTalk PBC for several months and at the Autodesk Technology Center in Boston. There, I design and fabricate prototypes or versions of the Giant Abacus. Version one involved the use of several tools, technologies and processes such as 3D modeling, 3D printing, laser cutting, MIG welding, and using a water jet machine. The next version builds on what I’ve learned from making the first one (i.e., stronger rods, beads).

After installing the first working prototype of the Giant Abacus at Fletcher Maynard Academy, we let people interact with it, learned what worked and needed to be improved. Currently, we are working on the ‘2.0’ version which includes additional tasks such as solving a number puzzle and exploring symmetry in a mirrored shape. There are more installations including an interactive “footscape”, number line, and augmented reality (AR) app that enhances the outdoor experience and connects everything together. 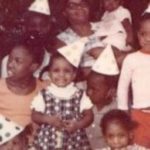 In The Public Way Featured Author

WANT TO HELP US CHANGE NARRATIVES?

Want to Write a Blog?